Need for Quality in the Bio/Pharmaceutical Industry

The beginning of the 20th Century foresaw major developments in the field of Medical and Pharmaceutical Sciences. These advancements had allowed therapeutic molecules to establish a critical position in the lives of human beings, encouraging human dependence on these molecules for the treatment of everyday conditions and diseases. Weighing their significance in human lives, one can easily comprehend the significance of ensuring high quality standards during the production of these molecules.

In order to manufacture a drug molecule, one would technically only need a production team. Why then does the biopharmaceutical industry employee special departments for controlling and assuring the quality of the product. Could it be possible that through reducing such costs the drug manufacturing process could be made more economical. One could argue that providing a cheaper drug would be economically beneficial to both the manufacturing company as well as the consumers. So why are these practices not implemented in the industry to manufacture cheaper drugs for the consumer?

To better comprehend the question at hand, it is first essential to understand the difference between a ‘cheap’ drug and an ‘affordable’ drug. Though the two words might sound extremely similar to the common man, an industrial expert would advise otherwise. Drug manufacturers constantly focus on making a drug more affordable rather than making it cheap. The difference being that an affordable drug would be priced such that while there would be a reduction in its price, there would be no lapses in the quality of the product. A cheaper drug would however only focus on reducing the cost of the final product, regardless of its impact on product quality.

Drug molecules are consumed for their therapeutic properties. However, if the drug causes more harm than benefit, this would defeat the entire purpose of consuming the drug. In some cases, consuming cheap products can even lead to the death of the consumer. So while a cheap drug might appear to be economically beneficial to the consumer, in reality it possesses a negative value. So, from a consumer’s point of view a high quality drug would be more preferable than a cheaper product.

The primary objective of any Bio/Pharmaceutical Industry is to provide products that can improve the quality of human lives. Industries therefore employ specialized departments to control and assure the quality of their product. The departments are further responsible to ensure that every process in the industry strictly follow all regulatory guidelines and norms. While saving human lives is in itself an adequate reason to maintain drug quality, industries might also have other reasons to maintain product quality. From a business perspective, a low quality product would not be highly popular in the market, thus, affecting the overall sales of the drug. Additionally, regulatory bodies would not allow industries to market drug possessing sub-standard quality. Industries also face the risk of being charged with civil litigations for any major lapses in product quality.

It can inherently be observed that maintaining quality is an expensive process. However, considering the significance of drug molecules in the lives of humans, it becomes imperative that industries maintain high product quality. Regulatory bodies have established specialized pathways for the release of generic/biosimilar drugs once the innovator company’s patent period expires. These pathways can be approached by manufacturers to introduce affordable drugs into the market. Contrary to the concept of cheap drugs, affordable drugs would undeniably benefit both the consumer and the manufacturer. 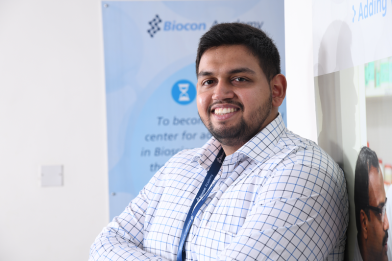 View all posts by bioconacademy